The founders of Oktopost, Daniel Kushner and Liad Guez, created the first and only dedicated platform for B2B organisations to manage and quantify the value of social media marketing in terms of lead generation, pipeline influence, customer acquisition, and ROI. After eight years of highly successful bootstrapping, we joined forces with Oktopost to help the team accelerate the delivery of their vision and double down on rapid market growth.

Everything you do on social channels can affect your organisation’s brand, from what and how often you post, to who posts what. Today, many businesses are leveraging social media more by adopting social selling, a tactic that uses social media channels to engage and nurture prospects to deliver marketing leads and help curate a more effective sales process, ultimately leading to more revenue.

While B2B sales and marketing teams have the systems and tools to demonstrate the effectiveness and ROI of traditional marketing activities, such as webinars or events, the measurability of social selling efforts often remains a blind spot. Most social media management platforms are designed for businesses that sell directly to consumers (B2C), where campaign effectiveness is simply measured by the number of channel followers or post engagements.

Daniel Kushner and Liad Guez founded Oktopost in 2013 to provide this functionality and help illuminate the blind spot. “Our mission from day one was to create the first platform that could measure and quantify the value of social media in terms of lead generation, pipeline influence, customer acquisition, and ultimately ROI,” says Daniel.

View from the founder

Oktopost launched in 2013 with a small angel investment, and has grown alongside increasing realisation that social media is a key channel for B2B lead generation and nurturing. By 2021, Oktopost had become a highly successful bootstrapped business, with a user-friendly, enterprise-grade cloud platform designed specifically to help B2B organisations manage social media campaigns, employee advocacy, social selling, and social listening.

As former B2B marketers themselves, Daniel and Liad understood the need for strong integration with the rest of the marketing and sales process. Even today, Oktopost is still the only vendor with native integrations with leading marketing platforms such as Adobe’s Marketo, Salesforce’s Pardot, Oracle’s Eloqua, and HubSpot as well as CRM systems like Salesforce and Microsoft Dynamics.

“We use a single platform to deliver a solution that works for every department within a B2B organisation,” Daniel says. “Customers get a single, unified user experience, and a joined-up view of all the data that’s generated around the business, through highly customisable native analytics. It’s all designed to make it easy for people to attribute revenue to their upstream social activities.”

It’s a message that resonates with organisations, and Oktopost has a customer base that includes well-known global brands like Chargebee, Contentsquare, DHL, Fujitsu, Nice-in-Contact, Snowflake, SWIFT, SUSE, and Xerox. Oktopost also continues to be recognised as a category leader by industry analysts Gartner and Forrester.

So as a highly successful start-up, what made the Oktopost team decide to take on additional investment?

B2B marketers Daniel Kushner and Liad Guez set up Oktopost in Tel Aviv, Israel, to fill a gap in the market for social media management.

Oktopost’s head office is in Tel Aviv, Israel, and other locations include London, UK, and Atlanta and Michigan, US.

Fun and outgoing, persistent and trustworthy. Oktoposters listen to customers and adapt to meet their needs with high quality results.

The opportunities of investment

When Daniel first considered external investment, his main goal was to generate a return for Oktopost’s original angel investors. But given the company’s healthy organic growth, Daniel knew that additional growth capital would also enable Oktopost to scale faster and capitalise on increasing interest in its proposition from B2B organisations.  The team saw opportunities to increase market presence and growth by accelerating sales and marketing investments especially in new geographies as well as increase its level of product leadership.

“When you manage and operate a bootstrapped company, you have no choice but to run a super lean operation,” Daniel says. “It means your appetite for risk is very low – you don’t have the privilege of trying something to see if it works. Because if it doesn’t, you’ve incurred a loss you can’t really afford. Additional investment would enable us to do much more of what’ve been doing, but faster, and get more of our good ideas off the shelf and into the hands of our customers – the place where value is realised.”

That opportunity came in 2021, when our investment director, Charles Covell, got in touch with Daniel. Charles first came across Oktopost through research on the emerging trend of social selling. “Before the pandemic, only a fraction of B2B companies were seriously investing in social selling,” Charles says. “But as the remote working trend continued into 2021, and it was clear that online content and social marketing would remain important parts of the B2B marketing mix, I could see that this was changing.”

With the only social media management solution designed specifically for the B2B companies, Oktopost stood out.

For Daniel, any investment partner had to be a good fit with Oktopost and its team.

“When you’ve been running almost independently for eight years, you get very comfortable,” he says. “You’ve got no boss, you do whatever you think is right – and I think we did many, many things right. But when investors join your team, they may not agree with the path you’re following, or the direction you want to go in the future. We wanted to make sure we worked with people who shared our vision and values.”

It quickly became clear to Daniel that there was a synergy between our two organisations. “One of the big things for me is the value we got from the Expedition team right from the start,” Daniel says. “Even in the really early meetings, before we started discussing value generation, and before due diligence even, Charles would show us some information or insights and I would realise I was seeing the marketplace or Oktopost from a new angle, which was so helpful.”

“When you’re in the detail of the business every day, it can be super valuable to have someone on the sidelines with a wider view, to help you see the wood for the trees, and guide you over the longer term. I felt that Charles and the team were already doing this for us from the beginning – and that the value I was getting from them would only increase if our partnership became deeper,” Daniel adds.

The Expedition team felt similarly. Charles explains: “We spend a lot of time with any company we partner with, focusing on them and their needs, and working closely to add a lot of value to the business. So it’s important that we believe in the management team, as well as their product or solution.”

“We knew that Oktopost had a unique solution, and when we met Daniel and the leadership team, we could see straight away that they were the type of people we want to be in business with. They have a solid vision and work hard – they’re real bootstrappers who have done a huge amount with very little – and they value the people whom they work with. Daniel has developed a great culture; he’s a leader people want to get behind,” Charles adds.

Our $20 million minority investment in Oktopost was announced in July 2021.

Since our investment, the Oktopost team’s appetite for growth has only increased. We’re seeing faster product development, and headcount growth of almost 100% globally, including in sales, marketing, and customer service. Oktopost recently moved to a new head office in Tel Aviv, Israel, and has also opened a new location in Michigan, US, adding to existing locations in London, UK, and Atlanta, US.

“We have an outstanding product with great market fit and we know what we want to do to drive it forward,” Daniel says. “We’re excited to have Expedition Growth Capital supporting us as we start to work on all our ideas and to realise our potential at an accelerated pace.”

“Our investment in Oktopost means a lot to us, they’re a great group of people with even more great ideas to come. We are very excited about the future potential for the company,” Charles adds.

Find out more about Oktopost at www.oktopost.com

Book a demo at www.oktopost.com/demo

Storykit puts science into the art of video storytelling 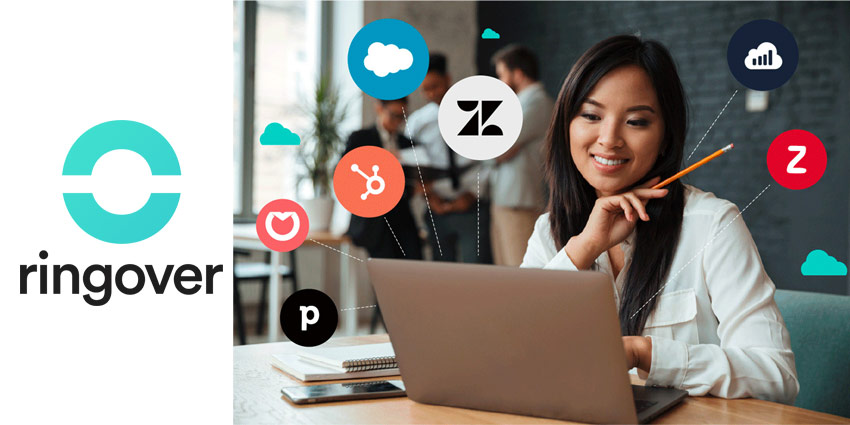 ⟵
⟶
We use cookies on our website to give you the most relevant experience by remembering your preferences and repeat visits. By clicking “Accept All”, you consent to the use of ALL the cookies. However, you may visit "Cookie Settings" to provide a controlled consent.
Cookie SettingsAccept All
Manage consent

This website uses cookies to improve your experience while you navigate through the website. Out of these, the cookies that are categorized as necessary are stored on your browser as they are essential for the working of basic functionalities of the website. We also use third-party cookies that help us analyze and understand how you use this website. These cookies will be stored in your browser only with your consent. You also have the option to opt-out of these cookies. But opting out of some of these cookies may affect your browsing experience.
Necessary Always Enabled
Necessary cookies are absolutely essential for the website to function properly. These cookies ensure basic functionalities and security features of the website, anonymously.
Functional
Functional cookies help to perform certain functionalities like sharing the content of the website on social media platforms, collect feedbacks, and other third-party features.
Performance
Performance cookies are used to understand and analyze the key performance indexes of the website which helps in delivering a better user experience for the visitors.
Analytics
Analytical cookies are used to understand how visitors interact with the website. These cookies help provide information on metrics the number of visitors, bounce rate, traffic source, etc.
Advertisement
Advertisement cookies are used to provide visitors with relevant ads and marketing campaigns. These cookies track visitors across websites and collect information to provide customized ads.
Others
Other uncategorized cookies are those that are being analyzed and have not been classified into a category as yet.
SAVE & ACCEPT